I found out something yesterday: Classic Car owners get together on the second Saturday of each month to show off their wheels.  I ran across this by accident, and spend a very enjoyable hour talking to the owners about their motorized passions. 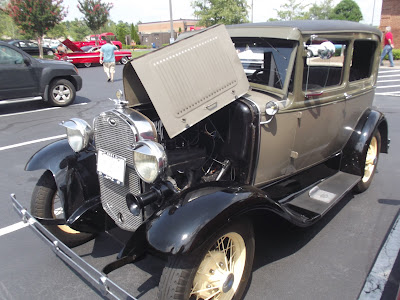 The owner of this 1931 Model A told me that there are still something like 100,000 of them still on the road.  And that if you tighten the Distributor down too much, you'll short everything out.  Filed under Things I Did Not Know #[SQL Error: Integer Overflow]. 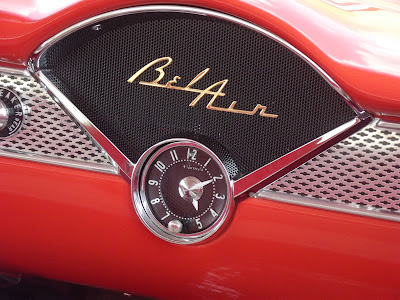 This is very similar to the car that brought me home from the Hospital as a baby.  1956 Chevy Bel Air.  The rest of the car is as sweet. 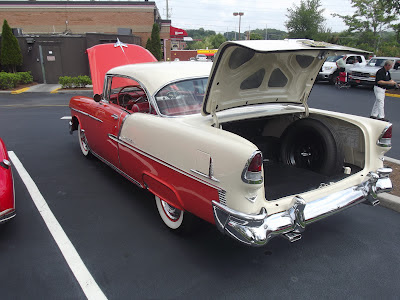 Cars have always been rolling sculptures, and the 1950s were all about the Jet Age. 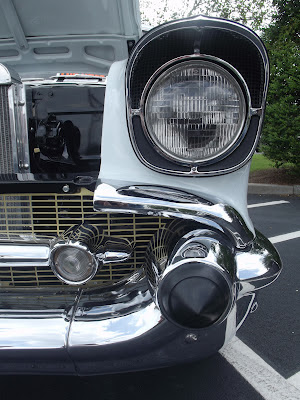 Muscle cars were of course well represented.  The 'vettes were out in force, as were a couple of GTOs.  But this one stood out to me: 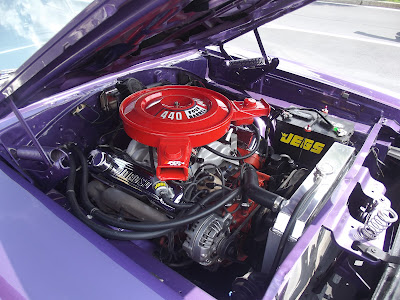 That's the Business End of a 1970 Dodge Super Bee.  Man, a 440 is something like this would have some get up and go.  I was standing behind it when the owner fired it up and rev'ved the engine a couple times.  Suddenly I was 18 years old again. 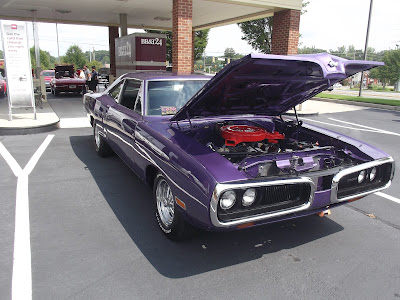 As I was leaving, a wood sided Panel Van pulled in.  Sweet. 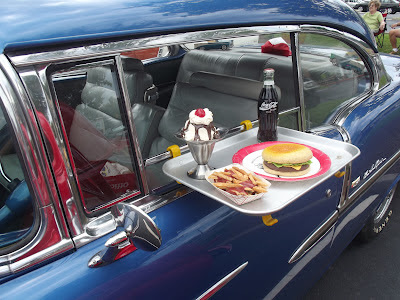 Some owners had their sense of humor on display with their car.  And while I wonder how many Republican voters there were in Kennesaw in 1964, this was very well played indeed: 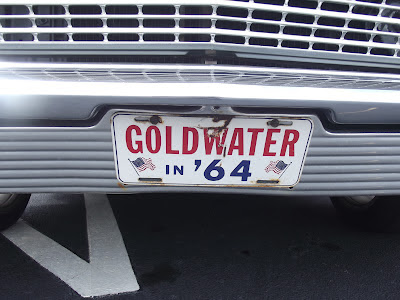 If you like old cars and you're in the area, it's worth a detour.  It's the second Saturday of each month between April and October, here:

LOL, yep those will just suck you in, and before you know it, you're perusing Hemmings and going to auctions... :-)

Concur - but what sweet rides!

Went on a rod run back when I was still in high school. Our little group had a late-50s Imapala, a mid-60s Fairlane, & my dad's '47 Cadillac. I tell you what, those Model As left us all in the dust. It's easy to see why their owners are so fanatical about them.

Love those old Mopars. That Super Bee is handsome. My own favorite is the 1971 Roadrunner, the one with the goggle-shaped grill. If I ever win the lottery...

The 31 Model A looks just like one a neighbour of mine owns....

Sabra, there's a lot of room for more engine under that hood.

That looks like a pretty special
'55. Appears to be full Sport
Coupe trim. Only missing a Continental spare to be fully optioned out.