In Britain, the lives of the Subjects of the Crown belong to Caesar.  This is recognized throughout the land, to the extent that the Roman Catholic Archbishop of Liverpool has thrown in the towel:


The Archbishop of Liverpool has backed Alder Hey hospital’s handling of the Alfie Evans case, saying doctors have done everything “humanly possible” to help the child.

Everything humanly possible?  The Italian government would beg to differ with the Most Reverend McMahon.  They made Alfie a citizen, eligible for treatment there.  Rome’s Bambino Gesù hospital stands ready to treat him, and airplanes and helicopters stand ready to take little Alfie and his parents to treatment.

The Catholic Bishops in the United States disagrees with him.


We urge all Catholics to join the Holy Father in praying for #AlfieEvans and his family and that their desire to seek new forms of treatment may be granted. May the dignity of Alfie’s life and all human life, especially those who are most vulnerable, be respected and upheld. https://t.co/gA4RhU7nL0
— US Catholic Bishops (@USCCB) April 25, 2018


The Pope disagrees with him.

Moved by the prayers and immense solidarity shown little Alfie Evans, I renew my appeal that the suffering of his parents may be heard and that their desire to seek new forms of treatment may be granted.
— Pope Francis (@Pontifex) April 23, 2018

So His Grace clearly does not think that a person's life belongs to them, or to God.  Or at the very least, he does not think that Alfie Evans' life belongs to Alfie, or to God.  Rather, His Grace believes that Alfie's life belongs to the Crown.  After all, he tells us that everything “humanly possible” has been done to help the child, ignoring that the Police hold him hostage in a hospital that intends to starve him to death.  Police that turned away a German Air Ambulance come to take him for treatment far from the shores of Her Majesty's Scepter'd Isle. 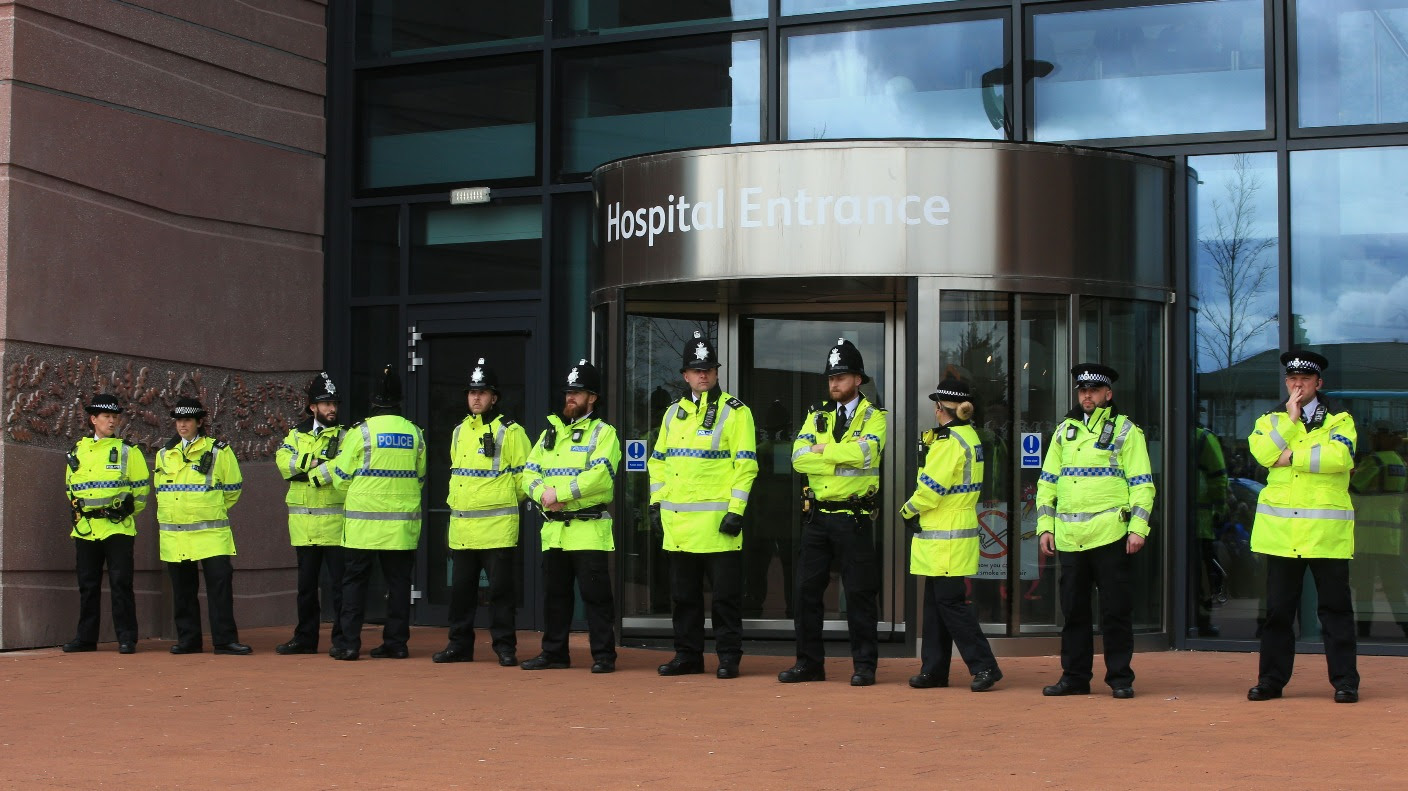 The Crown's motivation is clear: with socialized health care, they're on the hook for Alfie's health care costs for the rest of his life.  The bean counters in the NHS have obviously realized that the cost/benefit payout of Alfie's life says they should shorten that life as much as they can.  That's quite ugly, but rational in a purely utilitarian sense.

But the Crown pays them for that sort of thinking.  The Crown (presumably) does not pay His Grace. So what's his excuse?  Why does he bow his head and tug his forelock to the green eyeshade crew at the NHS?  Why does he differ so completely and so (it must be said) violently from the Revealed teaching of his fellow Bishops?  Of his Pontif?

One suspects that the reason is that His Grace is a fully paid up member in the Ruling Elite of that sad land.  No doubt with a membership card and secret handshake and everything.  He certainly won't lift a finger to protect his flock from them.  The Shepherd is in cahoots with the wolves.  He worships at the altar of Ba'al.

Of what use, then, is a British Roman Catholic church?  The World wonders. Here on these shores, we seemingly still have a Roman Catholic church that understands this.  We also have our own holy scripture, a secular one:

We hold these truths to be self-evident, that all men are created equal, that they are endowed by their Creator with certain unalienable Rights, that among these are Life, Liberty and the pursuit of Happiness. — That to secure these rights, Governments are instituted among Men, deriving their just powers from the consent of the governed, — That whenever any Form of Government becomes destructive of these ends, it is the Right of the People to alter or to abolish it

Life.  We hold it to be an unalienable right.  Not granted by the government, or the NHS, but endowed by our Creator.

And abolish the old form of Government we did.  We are no longer subjects of the British Crown and have not been these centuries.  The reason is one that His Grace should recognize, but probably refuses to:

But when a long train of abuses and usurpations, pursuing invariably the same Object evinces a design to reduce them under absolute Despotism, it is their right, it is their duty, to throw off such Government, and to provide new Guards for their future security.

Weep for the Catholic church in Britain, adrift with no leadership that deserves the name.  And weep for Britain. It used to he Great.

This post sports the tag "Statist Pricks" because the Most Reverend McMahon is most assuredly one.
Posted by Borepatch

This is because Socialism requires the belief that it is the best system that is available. Were Alfie to get better care outside of the NHS, then the subjects would demand another system. This cannot be allowed.

And they also don't want to encourage the subjects of the Crown to think that a good global PR campaign might get their relatives better health service.

I've been interacting with some Britons via Twitter about this. Judging by their argument, the bean counters have little to do with this. It's simply the naked power of the state.
From their point of view1)the doctors are always right 2)the doctors have said any attempt to extend Alfie's life is both useless and cruel and 3) THE DOCTORS HAVE THE RIGHT TO DECIDE WHAT IS BEST FOR ALFIE, NOT THE PARENTS.
The last point may be mind boggling to us Yanks, but what is truly incomprehensible to me is that when I object to it, the Brits find me incomprehensible.
I am sure His Beatlefic Grace is among their number. The MDs have spoken and their decision must be obeyed.

The UK government is demonstrating the iron fist without the velvet glove, and apparently the Brits are fine with that.

Jefferey, the people you speak with live where Great Britain used to be.

My father left that country 14 years before I was born. God bless him for making sure I was born an American--he would no doubt weep at the ghastly spectacle of today's Britain.

"Great" Britain died on the fields of WW1, murdered by the stupidity of their military leadership. WW2 was the corpse in it's final twitching. Stick a fork in it, it's done.

The archbishop of Formerly Great Britain has already sided with the invading Muslims over his fellow Christians. Why should he even pretend to follow the teachings of Jesus?

Jesse Kelly a couple of posts down said it well. That's the reason I shall have an AR-15 if I damned well choose.