Silly historians! Don't they know that science proves that couldn't have happened?

Longtime readers know my skepticism about Anthropogenic Global Warming (the theory that man is causing an unprecedented, sudden, and catastrophic warming of the environment by burning fossil fuels and releasing carbon dioxide). The ultimate source of this skepticism is my study of history, particularly a study of the European Middle Ages which was a focus while I was in College. In particular, it seems indisputable that the Medieval Warm Period from around 800 AD to 1300 AD was as warm (if not warmer) than today. So much for "unprecedented".

Scientists say that the historical record must be wrong, and that they have scientific evidence - tree ring data - that demonstrates absolutely, positively that it was much colder in the Middle Ages than the chroniclers of the time said.

There's a very interesting set of discussions going on now about the use of photographs to push the theory of AGW. The most notorious, of course, is the photo that Science Magazine published of a polar bear on a tiny ice flow, accompanying a letter from 255 members of the National Academy of Sciences saying it's really, really a crisis, mkay? 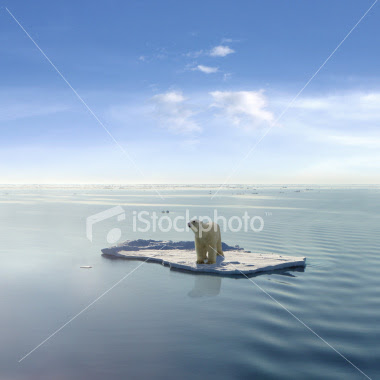 It was a Photoshop. 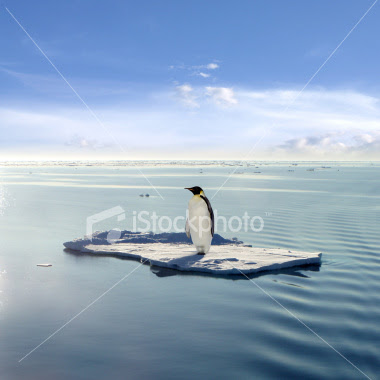 A lot of the debate was "It's just a picture, who cares?" More sophisticated was "You need more competent PR flacks" to hype the science - you know, ignore or downplay the margin of error, to overemphasize the worst possible - although vanishingly unlikely - case, and to find scary images that are less obviously faked.

Case in point: sea levels. The UN's Intergovernmental Panel on Climate Change (IPCC) writes in their Fourth Assessment Report (AR4) says that the science is clear that sea levels are rising fast and that large portions of the globe will be flooded out. ZOMG, unprecedented Thermageddon!

Except not so fast. This is all about us burning fossil fuels, right? If this sort of thing has been normal throughout history, that sort of kills the whole "unprecedented" thing, and that sort of kills the whole we-have-to-impoverish-the-world-by-giving-up-fossil-fuels thing. So what can we learn from history about sea levels? As it turns out, a lot. 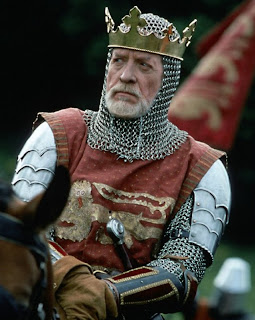 Edward Longshanks was King of England in the thirteenth century (note to Climate Scientists: this is a documented fact. Srlsy!). Anyone who's seen Mel Gibson's Braveheart knows him as the Bad Guy who was trying to conquer Scotland and take away their Freeeeeeedom!

But Edward had first crushed the Welsh, and he did it by building a bunch of castles to dominate the Welsh landscape. Castles like Harlech. 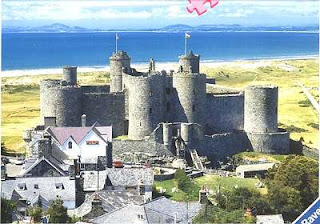 Now take a look at this picture for a minute: you have a Castle built on a hill. Behind the castle - at the foot of the hill - is a wide plain sloping down to the sea. What's wrong with this picture? Remember, you're trying to conquer the Welsh, a feisty and unruly group, who keep raising armies to attack you. What's to stop their army from besieging the castle and starving it into submission? Stupid medieval castle builders, picking such a bad site!

Except not so fast. The chroniclers tell us that the castle was resupplied by sea. They're quite clear about this, about how ships used to sail right up to the foot of the cliff, and dock there. In other words, the sea level was higher in the Fourteenth Century than it is today. Strangely, this corroborates other historical records like the Domesday Book, which describes a large number of vineyards in England around 1090 AD. ZOMG, Medieval Thermageddon!

And so if Science Magazine can serve up a Photoshop, so can I. Here's Harlech Castle, circa 1350 AD: 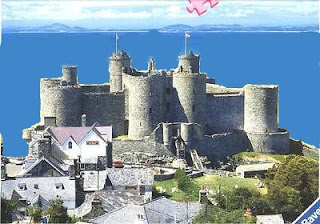 Image modified by Borepatch, using The Gimp
The difference between the modification used by Science and the one that I made here, is that mine is actually backed up by the data. After all, the number of polar bears is increasing - they're not endangered at all. The sea did come right up to the foot of Harlech Castle's cliff. You might call mine "Fake But Accurate", as opposed to Science, who gave us "Fake But Inaccurate".

And so, the issue is not getting a higher caliber of PR Flack to torture the data to scare us with Thermageddon Just So stories. They need to stop disappearing data that falsifies their AGW theory of sudden and unprecedented warming.

The current computer models don't predict a Medieval Warm Period, nor do they predict the Little Ice Age that followed. But don't worry, say the Scientists, the current predictions are accurate. Srlsy. Trust us.

And listen to the PR Flacks. Unprecedented! Sudden! Thermageddon! On Noes - what, don't you love cute little polar bear cubs? You Denier scum. Get offa my lawn.

And this is precisely the heart of the problem: it's not at all clear that what's happening today is historically unprecedented. It's obvious that the Medieval Warm Period was warm, and it could not have been caused by all those dang coal fired power plants. In other words, we know from historical observation that the climate is variable, within the bounds of what is happening today.

So tell me again why we need to impoverish our children, and all of the Third World, by giving up fossil fuels. Come on Scientists - dazzle me.

Via Watts Up With That, who has a ton more, including data.
Posted by Borepatch

Your photoshopped castle is not loading in firefox for some reason.

Direct link to the picture is here.

While I'm with you 100% on the science, the castle is a rough example. Natural factors (Currents, wind, storms, and shifts in sediment deposition) can explain the recession of the tide line pretty well. A better indicator is to look for plant and animal remains in the mud that indicate where the beach used to be!

Sure, Paul, but there are a bunch of examples. IIRC, none of the Cinque Ports are still actually ports (Dover may be - I'm too lazy to look it up). Rivers silt up, but as the sea level falls, the river has further to flow, and more opportunity to silt up.

Could these be spurious data points? Sure. But there are a ton of data points backing up the Medieval Warm Period - retreating alpine glaciers are uncovering medieval villages that were buried centuries ago.

"On the one hand, as scientists we are ethically bound to the scientific method, in effect promising to tell the truth, the whole truth, and nothing but — which means that we must include all the doubts, the caveats, the ifs, ands, and buts. On the other hand, we are not just scientists but human beings as well. And like most people we'd like to see the world a better place, which in this context translates into our working to reduce the risk of potentially disastrous climatic change. To do that we need to get some broadbased support, to capture the public's imagination. That, of course, entails getting loads of media coverage. So we have to offer up scary scenarios, make simplified, dramatic statements, and make little mention of any doubts we might have. This 'double ethical bind' we frequently find ourselves in cannot be solved by any formula. Each of us has to decide what the right balance is between being effective and being honest. I hope that means being both..." --the late Dr. Steven Schneider, one of the high priests of the Global Warming Cult, during an interview in 1989

(also, the captcha was "warmerid," which can be no coincidence)

As I understand it, when you use the phrase "tree ring data", you need to emphasize the singular noun more.

All of their temperature reconstructions come down to one tree. That's right, they're going to kill off millions, impoverish hundreds of millions and basically trash the world economy over growth rings from one tree. And anyone who has trees will tell you they react to the amount of water they get as well as the temperature. Tree rings are a crappy proxy for temperature series.

Believe that was in McIntyre's Climate Audit, when he first de-bunked the hockey stick curve.

There are many pieces of data that say today's climate and is not unprecedented, and neither are today's CO2 levels. The fakery is so bad it would be funny, if it wasn't life or death serious.

There's a seaside Roman villa in Croatia that was featured on "Rick Steve's Europe" where the boat slip that was built with the villa is high and dry at low tide. Rick explained this was because the sea level has receded at least a foot since Roman times. Hmmm.

Here in Ireland, we're not. the medievel towns of Thomastown on the river Nore with the nearby Jerpoint abbey,
and
Graiguenamanagh on the River Barrow are currently well above the reach of high tide.

They would have made a lot more sense if the rivers had been navigable to them when they were founded. Maybe they were!

Graiguenamanagh now has three 19th century canal locks and associated weis between it and the tidal portion of the river. Even a modest fall in sea level would probably have resulted in significant scouring.

I visited medievel towns near le touqet, in france, which were once ports and are now several miles in land. Silting was claimed as the reason then, but on what evidence? it is well away from the last ice sheet and would be expected to be subsiding due to ice melt...

Borepatch, that idea has some serious merit! Thanks!

Likewise, I visited Ephesus last summer. It is many kilometers inland. But Ephesus was a port city in Antiquity. They explain it by another phenomenon that I don't recall. They may be right...