The Immiseration of the Proletariat by the Progressive State

Yesterday's post about the Tea Party as a Marxian reaction by the Proletariat to the Intellectual-Left Bourgeois government edifice needs elaboration. The key is, as Marx pointed out, immiseration of the masses leading to revolutionary change. Can we test this theory? Are there numbers that will show the presence or absence of government-driven immiseration?

Google is our friend. A few minute's work leads us to a cornucopia of regressive taxes that feed the Progressive State. Some of this is taken from an earlier post, but I'm rounding it out with more Regressive/Progressive cognitive dissonance.

The key point (both from the original post and the new material here) is that Progressives claim to act in the interest of the majority of the population. In reality, the majority of the population is fleeced by "Progressive" programs implemented ostensibly "for their own good", the result of which is a reduction in the Majority's standard of living.

In other words, the immiseration of the majority by the Progressive Agenda.

Anyone who drives (i.e. most of Middle America) pays tax on every gallon of gasoline they put into their tank. On average (the fifty states plus the District of Columbia), the tax is 21¢ a gallon for the State, plus more than 18 ¢ for the Feds. At an average of 15,000 miles per year and an average of 17 miles per gallon, this means that each car pays average gasoline taxes of $347.50 a year. If Middle America consists of two car families, that's a gas tax of $695 a year.

It's actually worse than this. "Progressive" states like Wisconsin and Rhode Island have much higher gas taxes - over 30 cents a gallon, instead of the state average of 21. That's an extra $90 a year, per car. Our two car, Middle America family in these progressive states will pay almost $900 a year in gas taxes.

Progressives make no bones that they hate smoking, and are doing their best to tax it into oblivion. This is being done for the Good Of The People, who are presumably too stupid to be allowed to choose whether or not they should smoke. Average tax on a pack of cigarettes is now $5. Smoking is concentrated among the poorer sectors of the population, so this is a massively regressive tax on poor people. A person with a pack-a-day habit pays $1825 a year in state and federal tobacco taxes.

And quite frankly, this tax is inseparable from the Progressive Agenda. Conservatives may be heartless is their inclination to let people choose for themselves, and perhaps get cancer and die; progressives intentionally crafted these taxes knowing that they would fall disproportionately on the poor. In fact, this is a good predictor of what progressives might do to the gas tax, if Middle America were to vote them in.

Progressives will jump in here to point out that this program is massively popular. That's not the point. Social Security hits Joe and Jane America with a 15% off-the-top tax on every penny they earn. While people in the top two quintiles hit the FICA cap (the tax drops to 7.5% after the cap), the target demographic of the Progressive Agenda is offered no such respite. At the median family income of around $50,000 (2007), the target of the Progressive's Agenda pays $7,500 a year in tax for this.

Ignoring Social Security's serious financial condition (which means that these taxes will have to go up), this is a program that Progressives love, and it presumably will be a model for other programs on the Progressive Agenda.

Everyone pays property taxes, either directly (home owners) or indirectly (renters, in the form of higher rents). The national median property tax is 2.85% of national median income, or around $1,425 per family. In "Progressive" areas, this is much higher - the top 10 counties are (unsurprisingly) all in New York and New Jersey:

So "Progressive" bastions take $3,500 from the median family in property taxes. Actually, my estimates are low here, because I'm using nationwide averages. State-by-State numbers are much worse: New Jersey median property tax is $6,320.

Some don't have them. Progressive states almost all do. This one was surprisingly hard to chase down - the rates themselves are easy to find, but there's no good summary of median rates by state (and I don't have time to do a state-by-state calculation). So we'll eyeball this and call it 3%, or $1,500. It's almost certainly higher than this - especially in "Progressive" states - but there's too much chasing to do to get better numbers. I may update this post over the weekend with better data.

On average, the State takes a 5% cut of pretty much everything you spend. That would be $2,500 of the median $50,000 income, but that income is reduced a lot by other taxes, and so the Proletariat doesn't have it to spend. Another rough estimate is that the median family pays $1,250 in sales tax. This is a lot more in "Progressive" bastions like California (8.25%), New Jersey (7%), and Massachusetts (6.25%).

Excise taxes, personal property taxes, and various other grasping by the State will vary, but aren't zero and can be substantial (car registration can be hundreds of dollars). We'll put this down as $500.

Second, this has been going up for a long time. Most States didn't have an income tax until the 1960s; Tobacco taxes were modest until the 1990s; Sales taxes have seen big increases in the last 15 years; and property taxes have been a source of taxpayer outrage for years, as rising home prices drove appraisals higher, which led to higher annual tax bills. 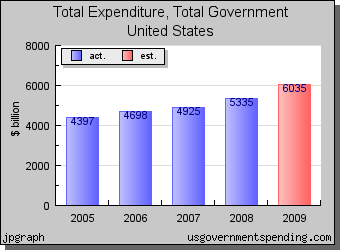 Third, there has not been a decrease in any of these, in any State, over the last several decades. In some states like Massachusetts, the voters have passed referenda to repeal or lower the tax - Massachusetts voters passed one of these to reduce the sales tax back to 5%, and the Legislature is ignoring it.

Fourth, incomes have been stagnant:


The typical American household made less money last year than the typical household made a full decade ago.
To me, that’s the big news from the Census Bureau’s annual report on income, poverty and health insurance, which was released this morning. Median household fell to $50,303 last year, from $52,163 in 2007. In 1998, median income was $51,295. All these numbers are adjusted for inflation.

Fifth, all of these taxes are regressive. State Income Taxes are somewhat less so, but what's with Maine's top bracket applying to families making $39,000 a year? What's up is that they need the money. Everyone else should get ready for this too, because it's coming at you good and hard.

The deal that Progressives made in the 1930s - the economy would provide a surplus that the government would use to buy social peace - is shattered, as the government finds that it has consumed the entire surplus, and is still hungry for more. The median family is worse off now then they were ten years ago, because they pay more taxes and make about the same. Government at all levels is squeezing the majority of the population at an increasing rate, taking a higher share of National Income, with no end in sight.

Now I'm sure that I could do a better job with the numbers (say, another 15% accuracy), but the trajectory is unmistakable, and is one that Marx clearly understood:


Within the Progressive State system all methods for raising taxes are put into effect at the cost of the individual worker [...] All means for raising of tax revenue undergo a dialectical inversion so that they become a means of domination and exploitation of the producers; they distort the worker into a fragment of a man, they degrade him to the level of an appendage of a machine, they destroy the actual content of his labour by turning it into a torment, they alienate from him the intellectual potentialities of the labour process [...], they transform his life into working-time, and his wife and child beneath the wheels of the juggernaut of The State. [...] It follows therefore that in proportion as capital accumulates, the situation of the worker, be his payment high or low, must grow worse.

My changes are highlighted.

You don't need a weatherman to know which way the wind blows, and the Tea Party doesn't, either. There are only three changes that need to be done to classical Marxist theory to see what's happening:
The theory is not just close, it's a precise match. #2 squeezes #1 because of the inexorable necessity caused by #3.

And so we see that in the sense that matters, the Tea Party is a Marxist reaction to the inherent contradictions of the Progressive State. Increasing immiseration is leading to revolution in the streets, in a way that Marx would have found boring to describe. Q.E.D.

I'll just wait quietly over here for my Nobel Prise in Economics ....

UPDATE 2 September 2010 15:00: Welcome visitors from SnarkyBytes! Please make yourself at home and take a look around. More (sort of) along the lines of this here.

UPDATE 3 September 2010 17:39: Aretae has a must-read follow-up on this subject.
Posted by Borepatch

And what your average feel gooder doesn't realize is that the taxes compound upon themselves before reaching the individual.

Spread that cost for every item you buy, spread it for every tax - income, sales, property. Every regulatory fee, permit cost, inspection fee.

You throw an anchor out on the economy like that and it's going to stop.

GuardDuck, there's a multiplier effect for every dollar of government spending. The multiplier (in all cases) is less than 1.0.

The big Econometric shops have fancy theories and models that show that it can be greater than 1, but now they're all "surprised" that the Stimulus didn't work ...

I don't know... you're good, but I just don't see the people in charge of the Nobel prizes to react favorably to you mixing Marx with the tea parties. And I don't think the tea parties would react well to being associated with Marx.

In short, you are too close to the truth to be rewarded.

The referendum that Felon Finneran ignored was for the income tax to be rolled back. I, unfortunately, was one of the hosts feeding the commonwealth's parasites when the Duke added the temporary income tax surcharge in the late 80's/early 90's and after the legislature ignored the referendum.

The sales tax roll back is coming up this year, and his royal foolness Deval said yesterday that he would ignore that too. Good luck with your move, my company started wiping Mass off its feet a few years ago and is closing another large site in metro west in two weeks. It's Dukakis all over again down there.

I think that's why the bankers and politicians like each other so much (aside from campaign contributions).

They both operate a business model designed to skim money out of the system at the expense of their supposed customers.

My brother (my business partner) spends considerable time each year just trying to figure out what amount to pay us in salary and what to pay in partner distributions just to keep us from getting screwed. And still, I pay 50% of my income in taxes.

Every time we think about hiring someone we don't consider what functions they will have, what hours they will work... no its what is their fully-loaded cost. Once we calculate how much they will cost us, we rarely get much farther in thinking about hiring.

Whoever says I need to pay just a little bit more, can come and take it.