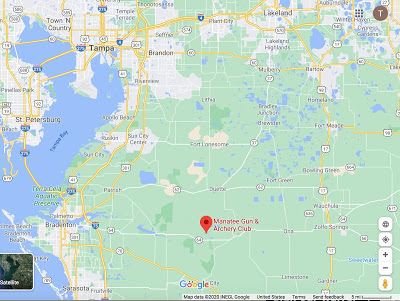 The date is far enough out to give folks tie to plan.  It also will be after the election and whatever post-election excitement we see (hopefully) but before Thanksgiving gets too close.

Leave a comment if you want to come.  TQOTW and some of her girlfriends are planning on coming, so bring your better half.

The following people have said they are coming:

The following are maybes (would love it if you could confirm in the comments):

If you're not on either of these lists but want to come, please leave a comment.

Tsgt Joe says he will be here January - March, so I'll organize another blogshoot in February.

Will be there, perhaps a bit late, but I'll get there

Edit, Boss Lady is coming too. She want's to know if your wife want's her to bring something to help with lunch?
DixieDennis

I’m in. Kevin Creighton of Ammoman, formerly of Misfires and Light Strikes.

I'm coming, but I don't have a lot of ammo to spare.

Can't wait... might have the Serbian War Criminal With me... Sapper is a definite (provided he doesn't have to work)

Dixie Dennis, The Queen Of The World is planning on a fried chicken picnic. Fixins would be appreciated.

Divemedic--what do you shoot? I may be able to help out a bit on the ammo, assuming you're not shooting a GE minigun!

I'm a definite maybe - depends on the Department of Fun Prevention's approval. The late notice isn't working in my favor...

Charlie Foxtrot
Blogger (Inactive: Not One More Gun Law and The Far Side of the Counter
DGU Scribe Emeritus of the Polite Society Podcast

@Dixie: Gonna bring 9mm and 5.56. I have some, but I am worried that I am going to be needing every round that I have in the near future.

Divemedic,
Gotcha covered. I reload by the 1,000's. Have a bit put up.
Don't let anything stop ya from practicing.
DixieDennis

I'm a definite if Eta doesn't spoil the show.

I can bring a crock pot full o' beans if there is somewhere I can plug it in.