Man, that was fun and a HUGE thank you to everyone who came.  It was actually JayG's first New England Gunblogger shoot that got me into blogging,way back in the day and there is a real sense of camaraderie in these events.  Both Miguel and Big Country have their own AARs posted, and you should go check them out.

Of course people brought their guns.  A popular saying up at the New England blogshoots was "We have enough guns to invade Canada."  Kevinn Creighton of Ammoman - a Canadian from Calgary - was quick to point out that it wasn't enough to invade his part of Canada. 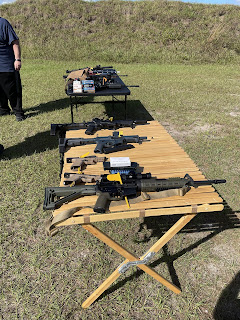 The turnout was very good - final count was 20 which is really good for these. There was a mixup at the range where they didn't give us the private range, so we only had 25 yard shooting, rather than a couple hundred.  That will get fixed next time for sure.  But people had a lot of fun - these are as much about meeting folks in meetspace as about the shooting.  There was a lot of support for doing this regularly, and so I will start planning the next one, tentatively scheduled for February. 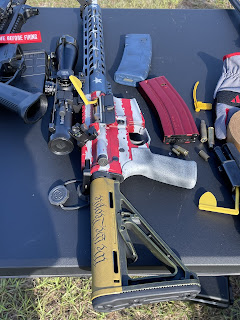 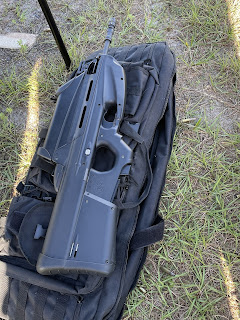 I think this is an FN 1000 or something similar. 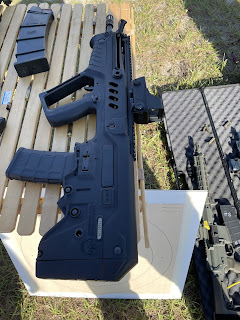 The Tavor was cool. 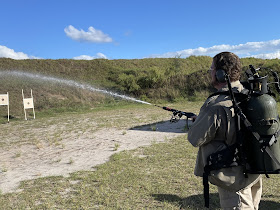 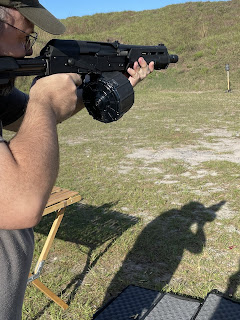 Remember, as T-Bolt points out shotguns are not a great weapon against Zombies.  However, this helps you in those quick-reload situations ...

I will put up a post later about more of the social aspects, but wanted to give you a sense of the shooty goodness that was had.

Remember your manners when you post. Anonymous comments are not allowed because of the plague of spam comments.