How Did I Get Here?

I was chasing links without any real destination and found this. When you're looking at fish in a flooded basement in Bangkok, you're approaching the end of the internet.


New World shopping mall, a four story former shopping mall. Originally constructed as an eleven story building. It was found to be in breach of old town Bangkok’s four story limit on building heights. The top seven floors were demolished to adhere to building codes in 1997. In 1999 the mall burned due to suspected arson committed by a competitor in the area. The building has remained abandoned ever since. Not having a roof, the basement floor remains under several feet of water year round. 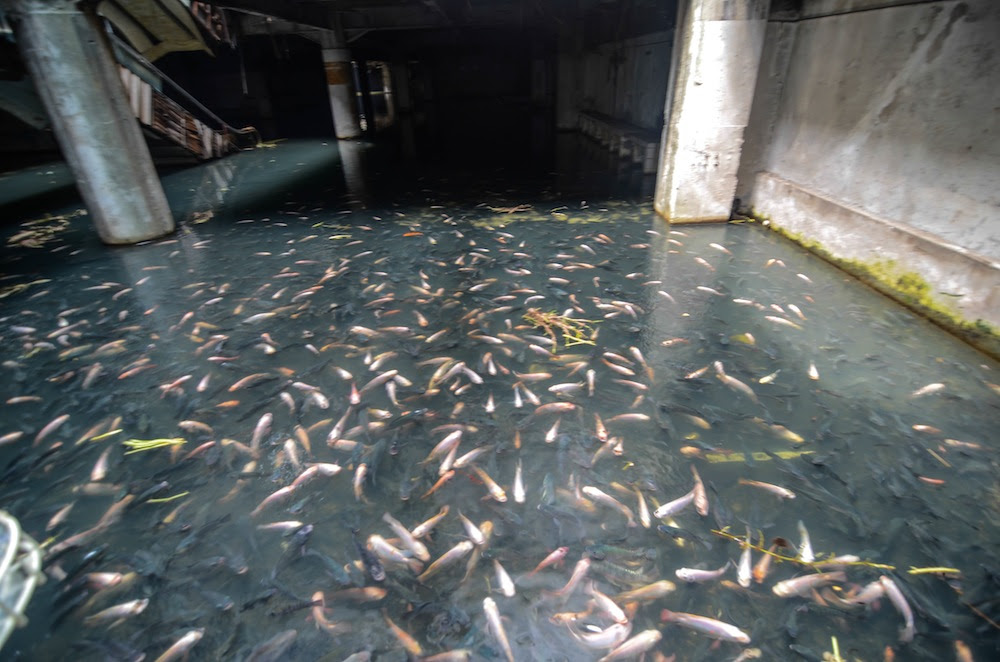 More pictures at the link.
Posted by ASM826